Reversing the traditional layout of a house, turning the common scheme of a house with its garden into a garden with its house.By making the exterior element part of the living space, the house and its garden are no longer 2 juxtaposed identities. The house and the garden are becoming one element . The house is no longer defining a border between in and out, creating a unique habitable garden.

The concept of the facade , such a fundamental element in architecture is vanishing.Casa VO is making our Mexico City urban lifes references disappear, locked behind the glass windows of our apartments, in order to promote a life on the outside.The project offers to build a house without facade , a permanently open and ventilated space , but able at the same time to provide people the feeling of a safe and cosy inner space, protecting privacy.

Casa VO project is based on removing the unnecessary to focus on the essential, toward a more simple life. This research of simplicity is leading me to create a clean and abstract architecture, composed exclusively of massive materials, such as concrete, wood and stone. All those materials are able to get old and better looking under the action of time, rather than getting damaged.

Casa VO is  experimenting the concept of living on a slope. The slope itself is becoming the singularity of this project, being such a versatile element, able to be from time to time : a terrace, a rooftop garden, a swimming pool bank, a bench, even a day bed when mattress is put on top. It's a space made to contemplate, to play, to rest, to hang around and laugh, to think, to create, to enjoy and love. 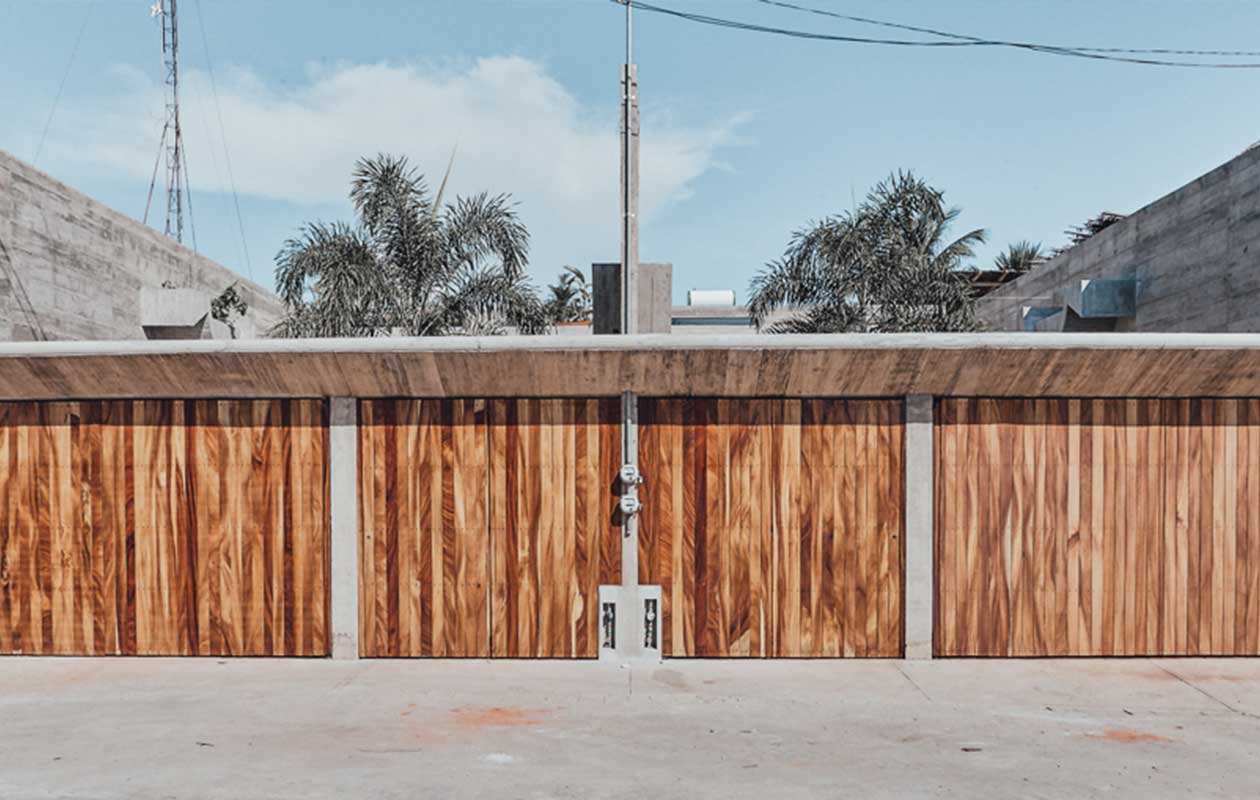 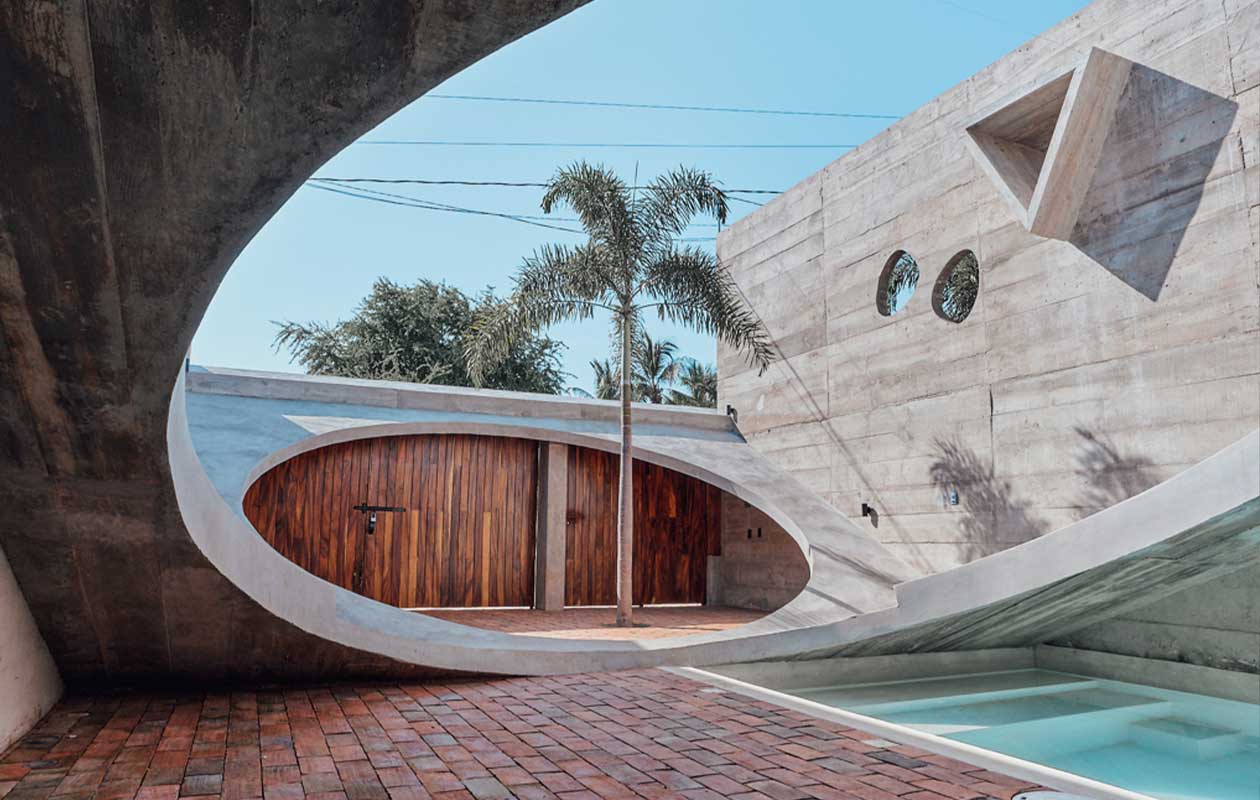 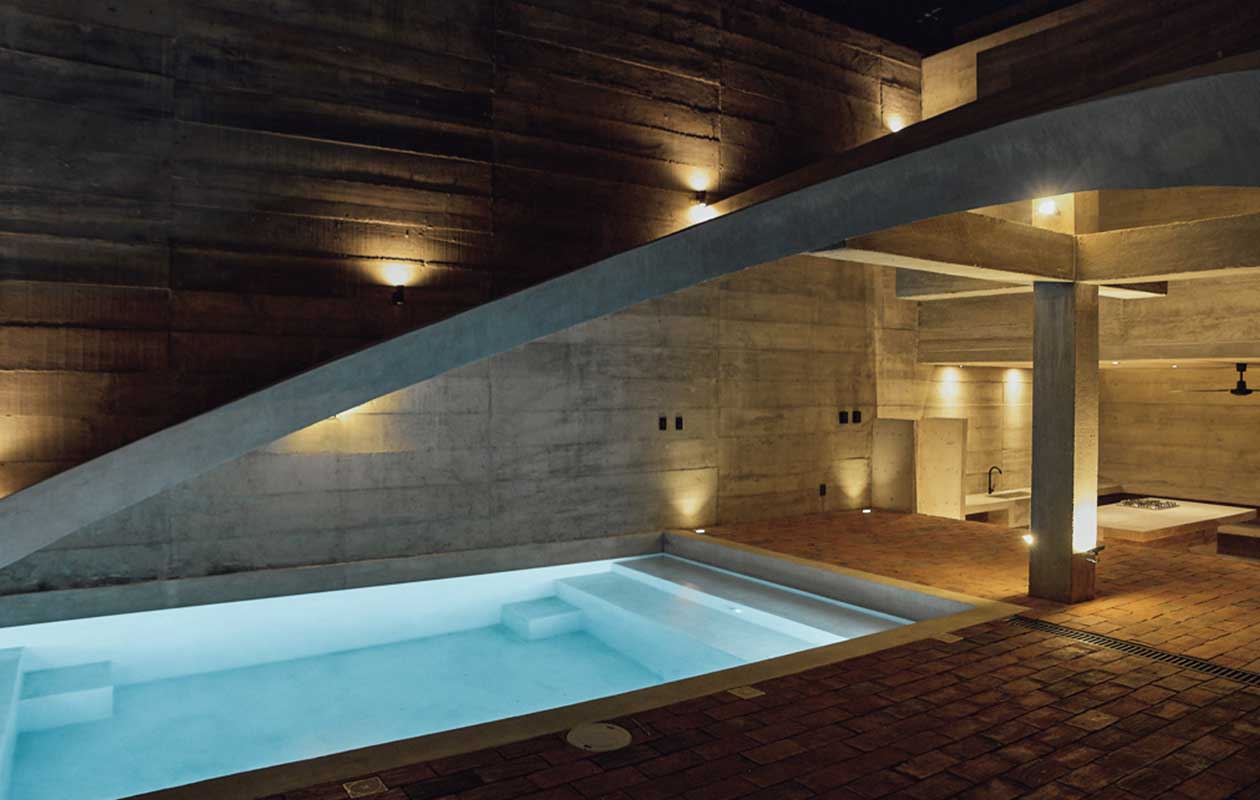 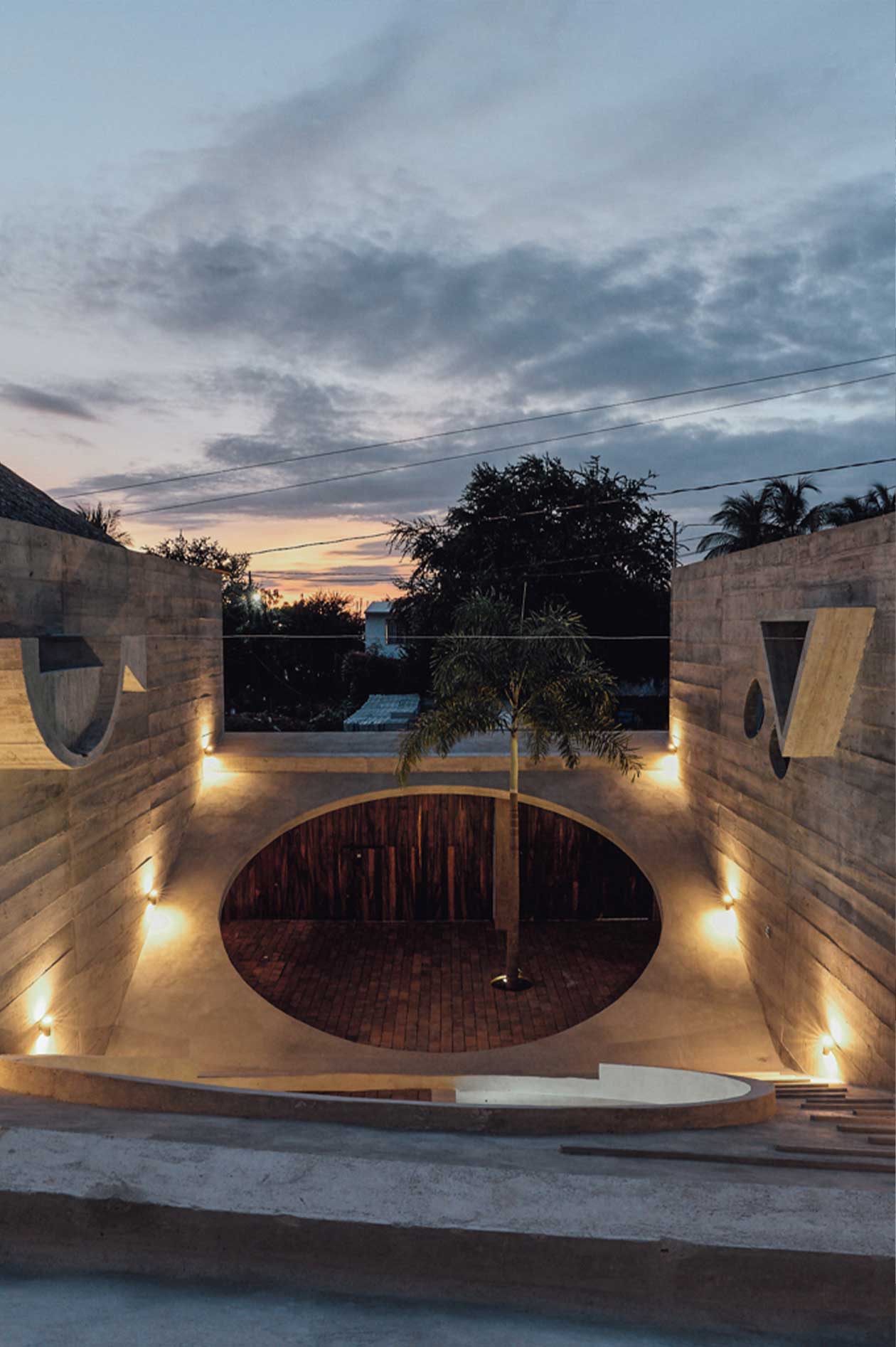 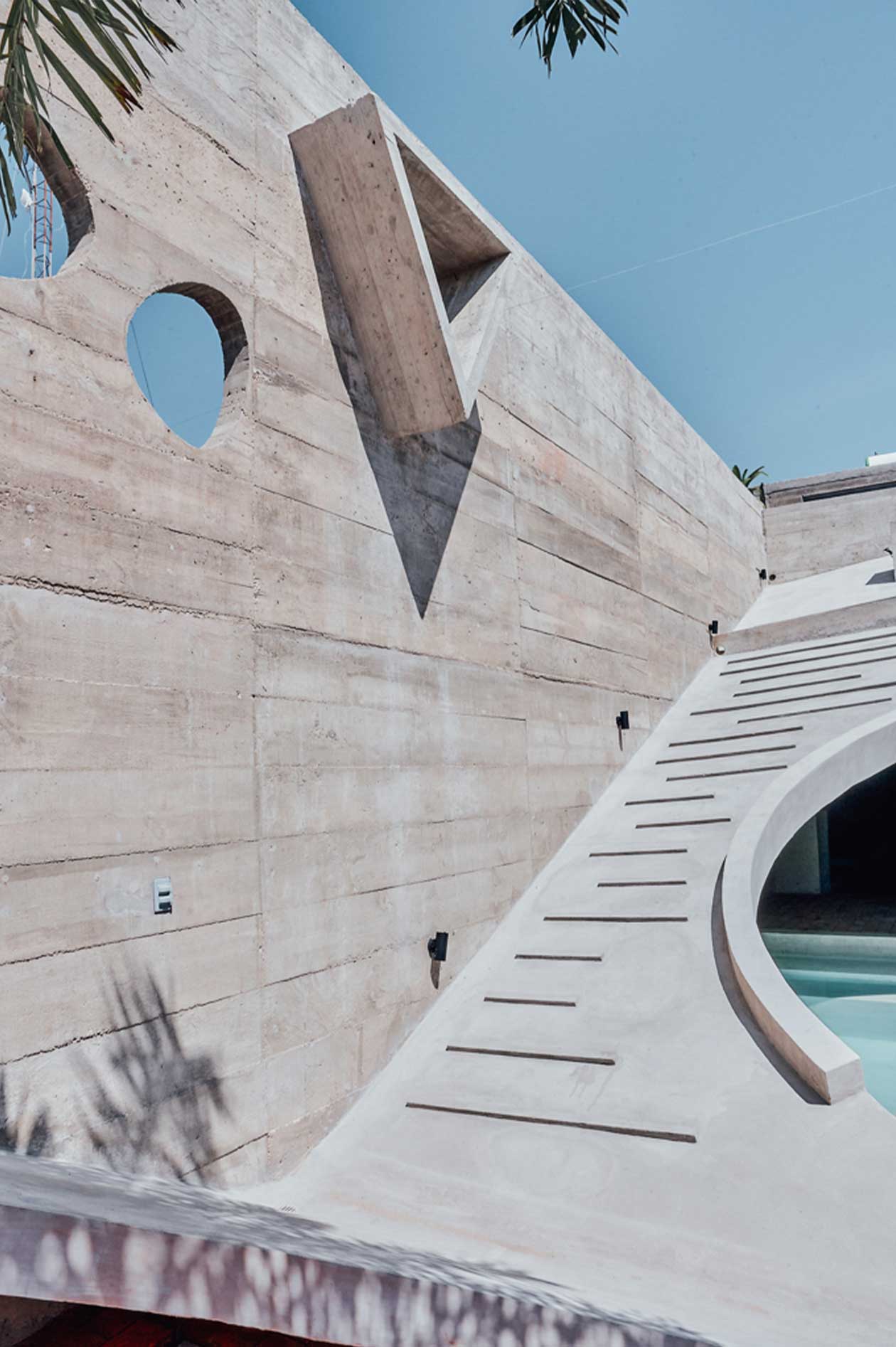 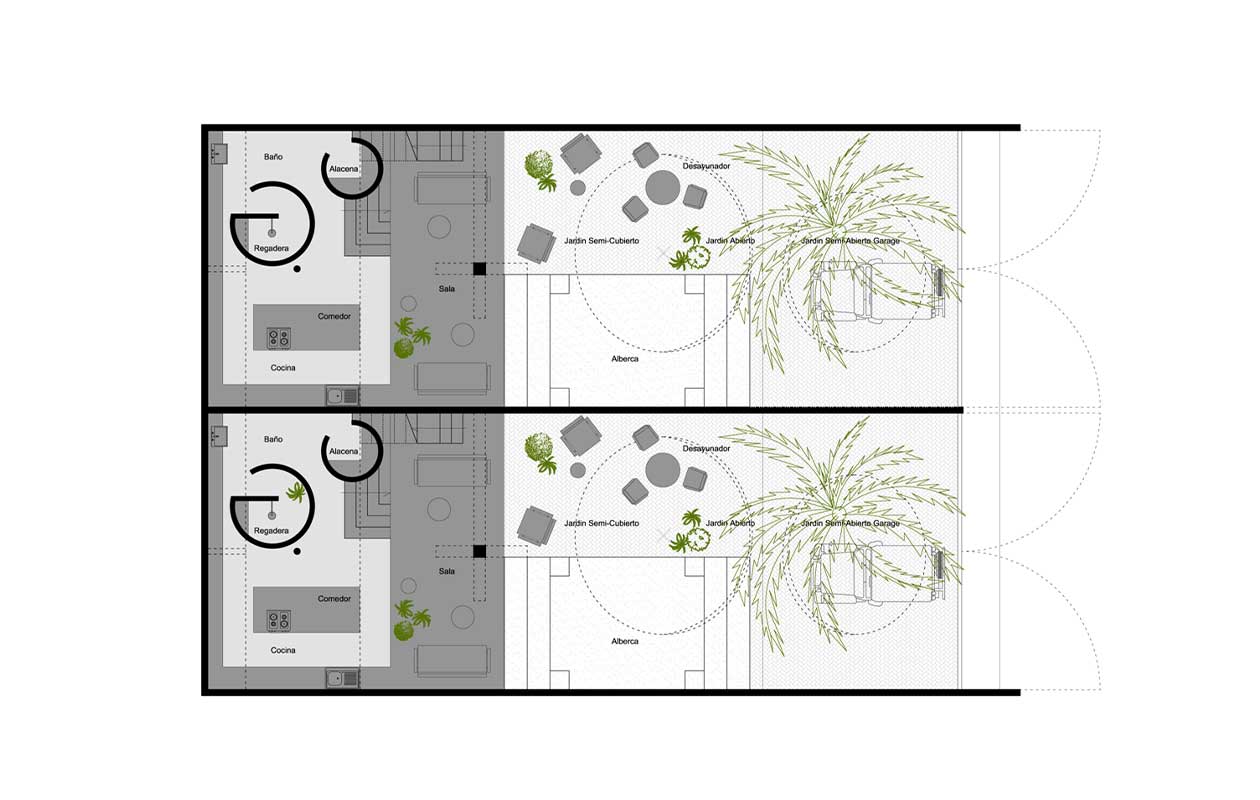