The centre is on the boundary between the town and the country, in outskirts of Plasencia, and we saw quite clearly that the work consisted of choosing between one of the boundary ́s two sides: belonging to the city, to what has been touched by our generation, or belonging to slowness. Under these conditions it was impossible to belong to both.

Having been chosen by the second option, we found ourselves forced to rest the buildings on a much lower level then the street due to the considerable height difference between the two worlds. The artificial world had created a 17 m high embankment that covered the natural contours , now buried below. In reaction to this unstoppable submission (sous les paves, les 17 metres de paves, la plage), we decided that our solution would have a maximum respect for the land, resting on and covering the least possible area of the allotment. We plotted to make this building set the stage for a different method and preserve an island of natural earth in the future expansion zone, even if it meant being a small puddle in the sea, as a possible reagent for the rest of the constructions to come, which will find themselves insinuated and become beached similarly in this whiffed sea: the Extremdura countryside used as an equivalent for the ocean.

The form of ours is due to the building ́s section; due, as we have said, to the idea of resting the smallest possible part on the ground, which corresponds to the stage area and the tiers in the main hall. The section of this hall is what continues to define and complete the form by superimposing the rest of the brief on top of it: the entrance lobby, the secondary hall for 300 people, which can be divided into three for 100 spectators each, the exhibition halls and the restaurant area. 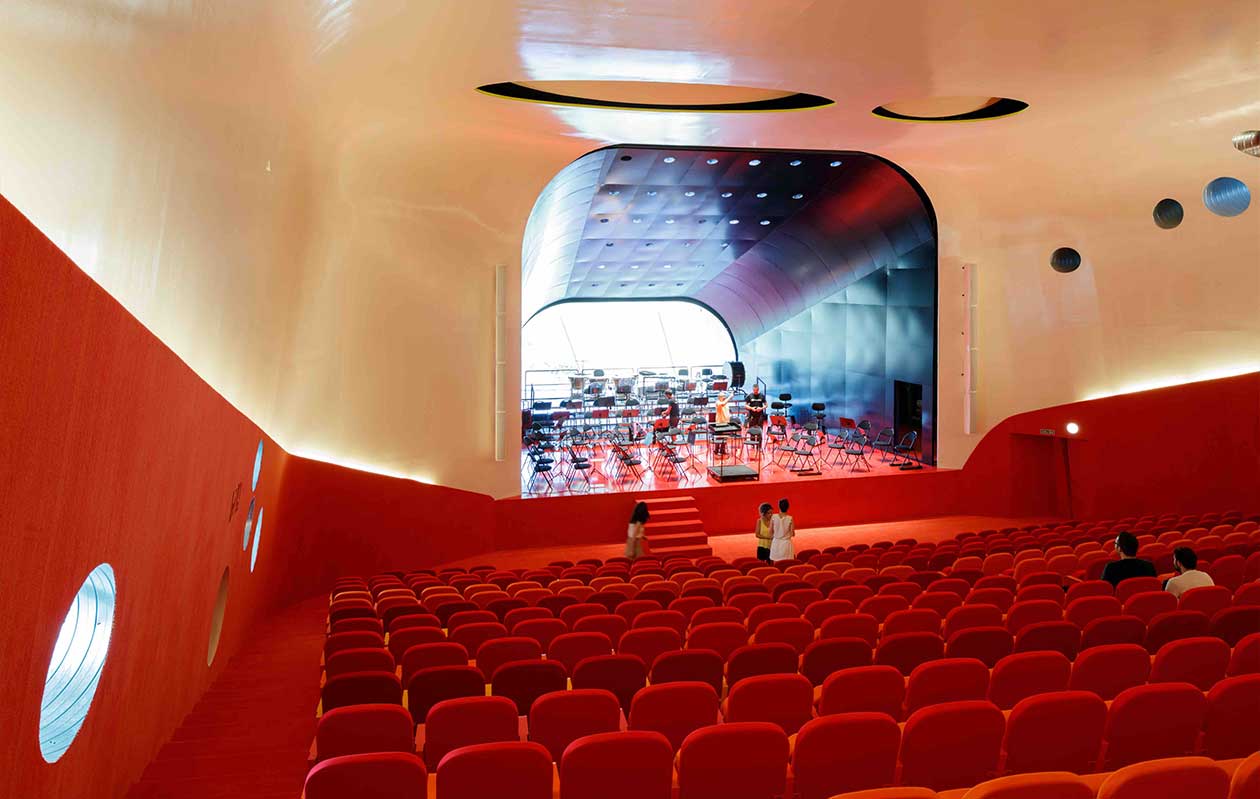 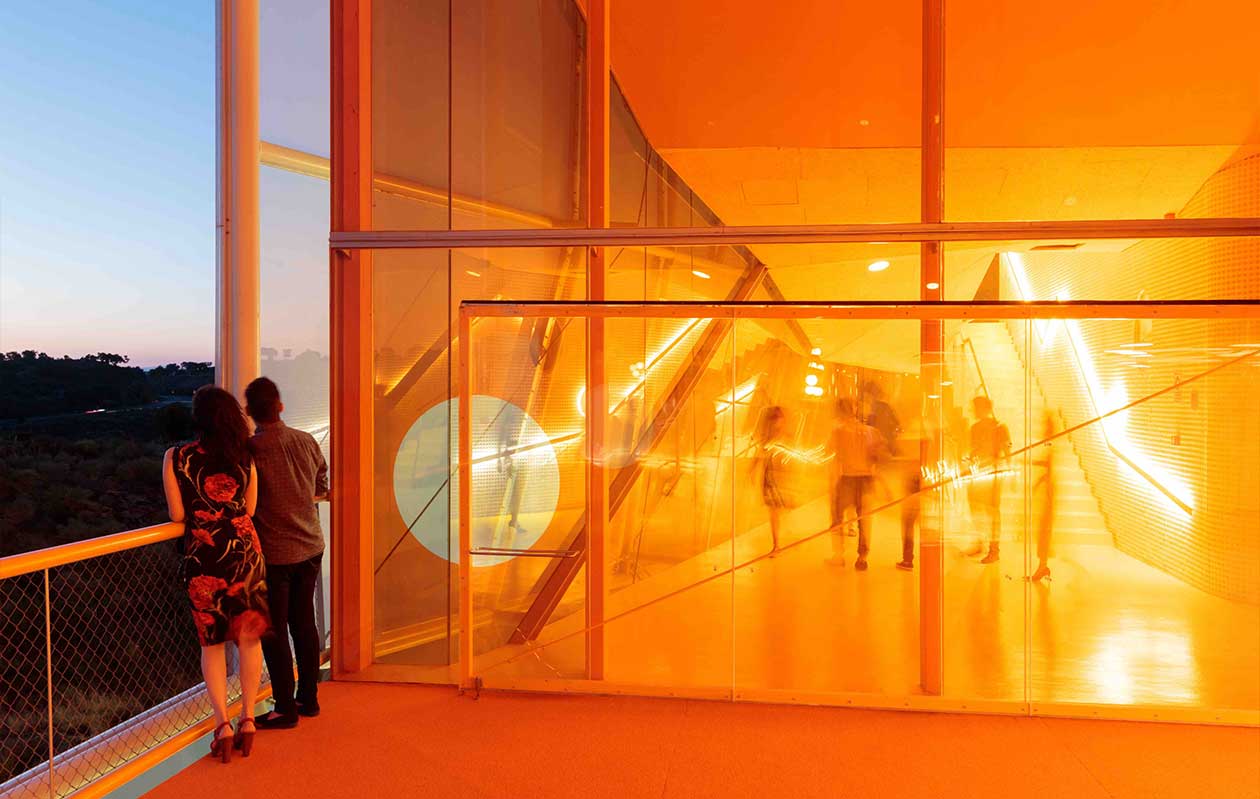 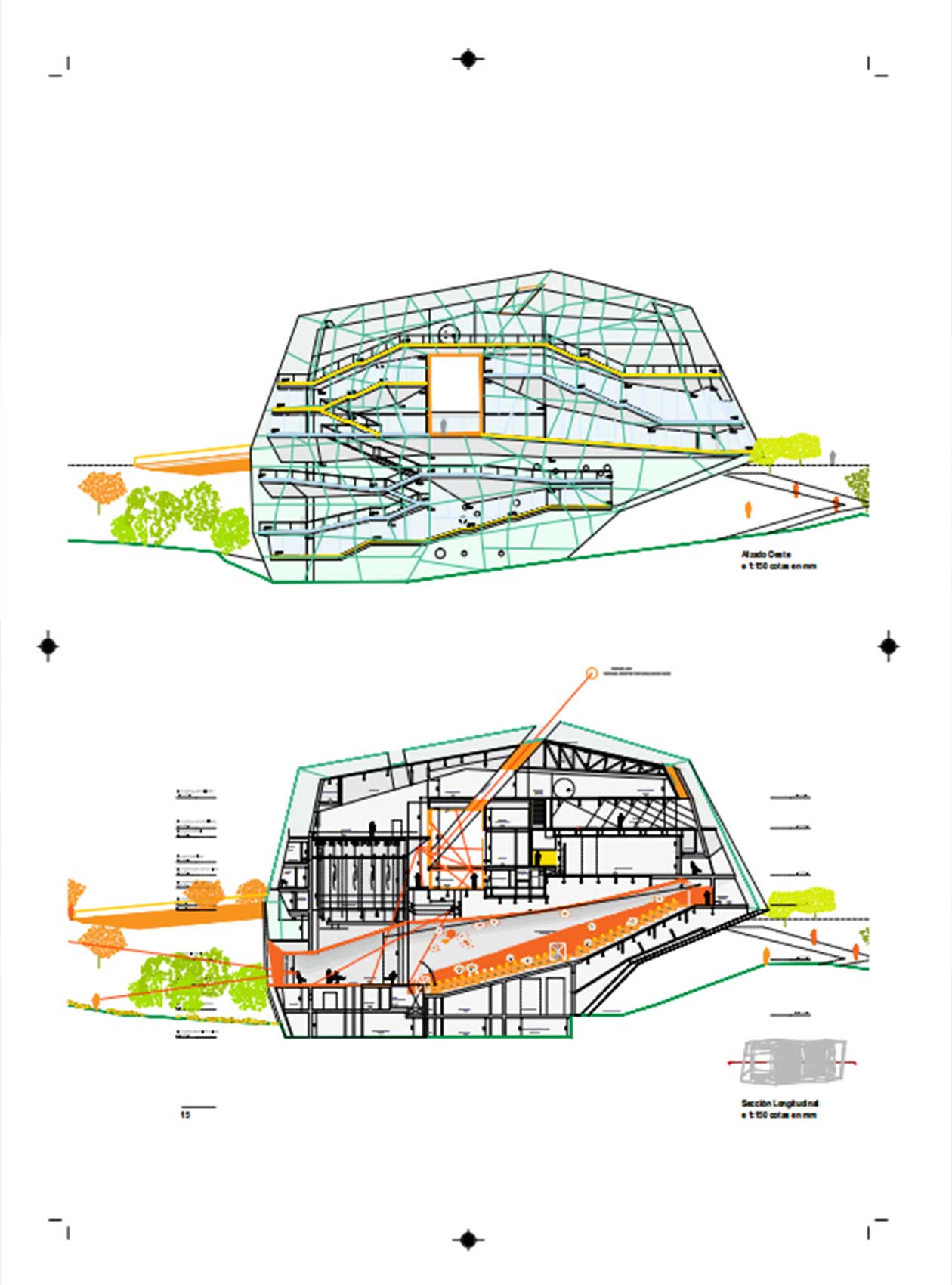