The project is an attempt to activate and stimulate the public and cultural life in the urbanization process in China. By integrating two of the most important public institutions - general public civic service and cultural center；The Jiangning Civic Center is not only a reflection of the transformation of the function of the service government, but also a catalyst to stimulate public life and revitalize urban public space. The main atrium, which is so called the "Indoor Town Square”, is the soul of the entire building. It provides an important place for people to gather and communicate. A series of fascinating activities can be held here, such as exhibitions, performances and press conferences, as well as interaction with TV, Internet and live broadcast, etc. It becomes a cohesion place for public to enhance their identification of Jiangning District Community.

Both sides of this "Indoor Towns Square" are transparent glass curtain wall. These frameless glazing not only blends the boundary between the indoor and outdoor space, but also brings the Qinhuai River and Yang Jiawei park landscape into this atrium space, so that the "Indoor Town Square" emerges as an ambiguous “functional zone” and blurring internal and external "boundary". The inclusiveness and uncertainty of this atrium space strongly promote a variety of activities, stimulates the enthusiasm of the people to participate in public activities.

The traditional Chinese elements such as plum blossoms pattern, paper lanterns and latticed windows are used as visual design inspirations. The undulating shape of the main building is like a winding plum branch growing from the earth, while the circular volume concert hall seems to be the plum blossom on the branch, as well as the abstract transformation of the traditional paper lantern. The facade of the concert hall adopts aluminum panels with different perforated ratio to form a patch pattern of plum blossom.

The building façade’s matte grey aluminum panel and glass curtain wall, which has the varying sizes arrangement and gradient density pattern of triangular windows, seem as the frozen images of the nearby river water ripples. The façade pattern indicates the famous Qinhuai River sparkling water reflected on the building surface under the sunshine. During the night he lights through the pixilation of the windows pattern reconstruct the flourishing image of the prosperous life scene of the Qinhuai River and inherits the historical and cultural memory of the city of Nanjing. 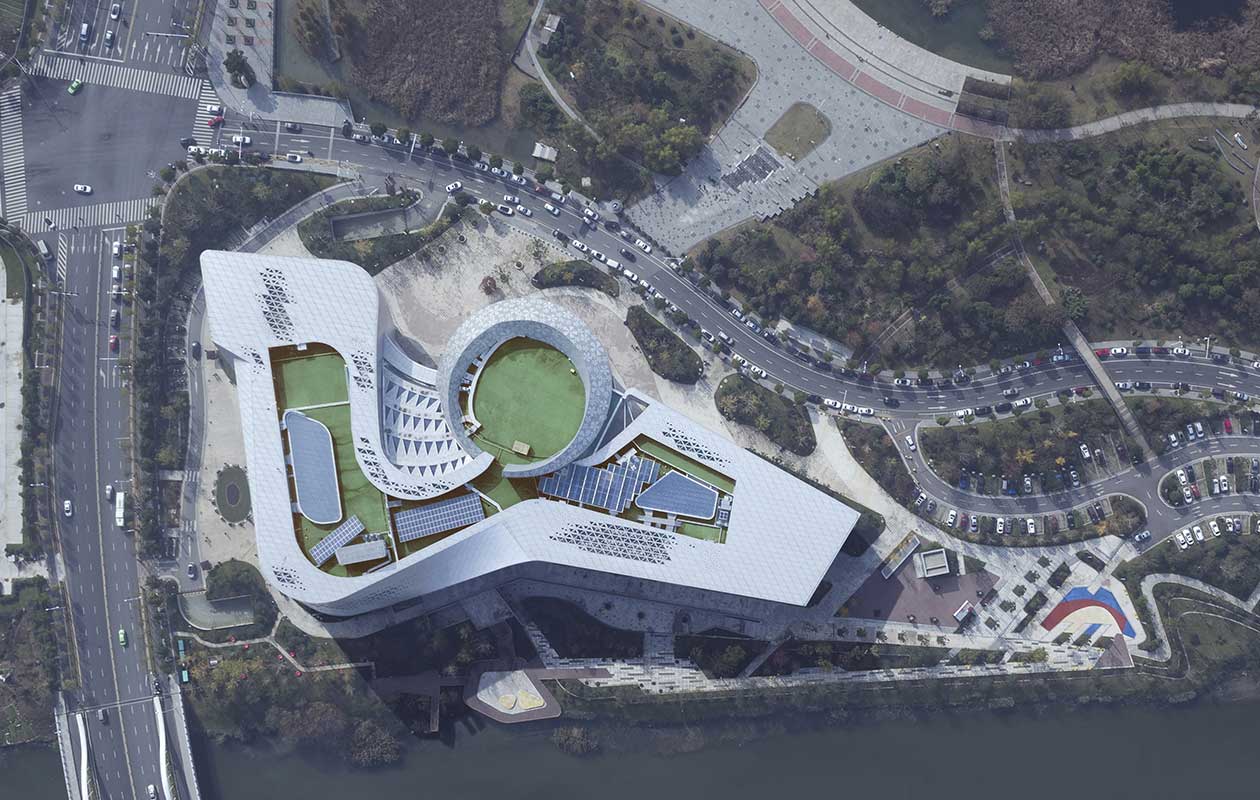 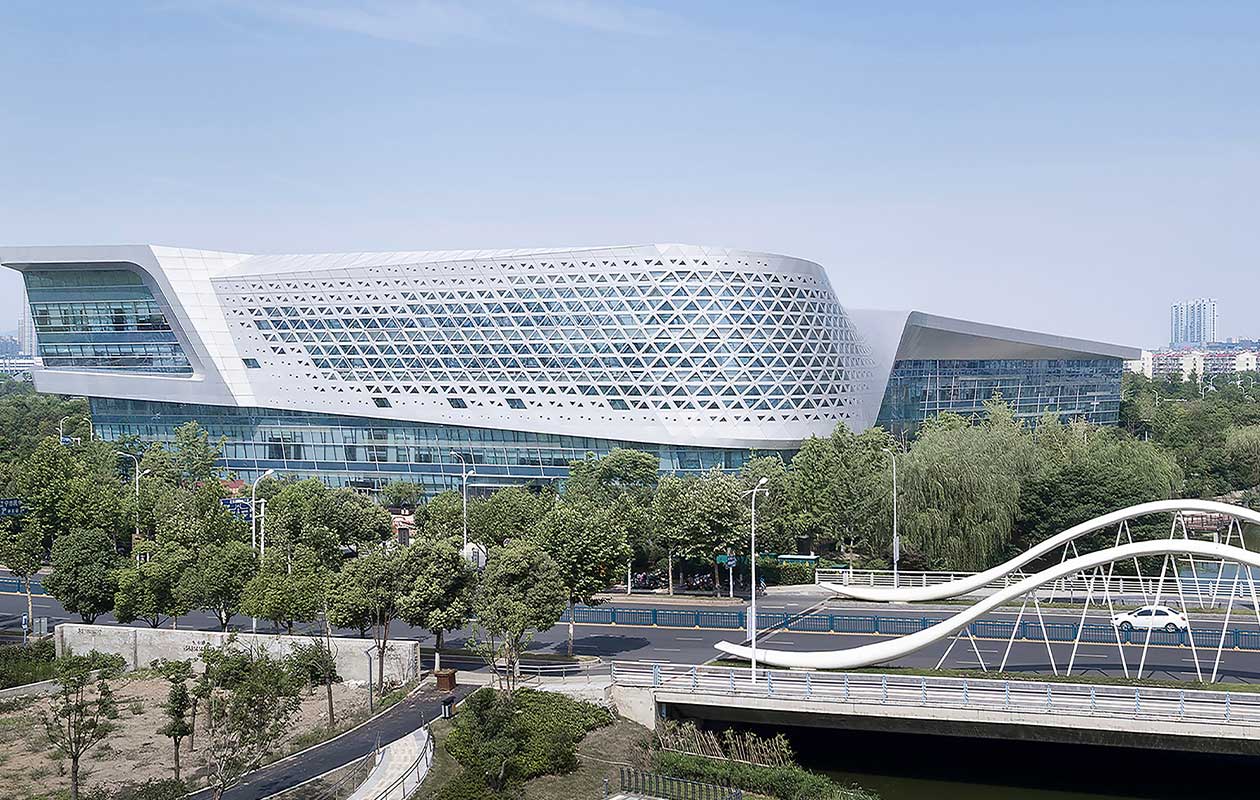 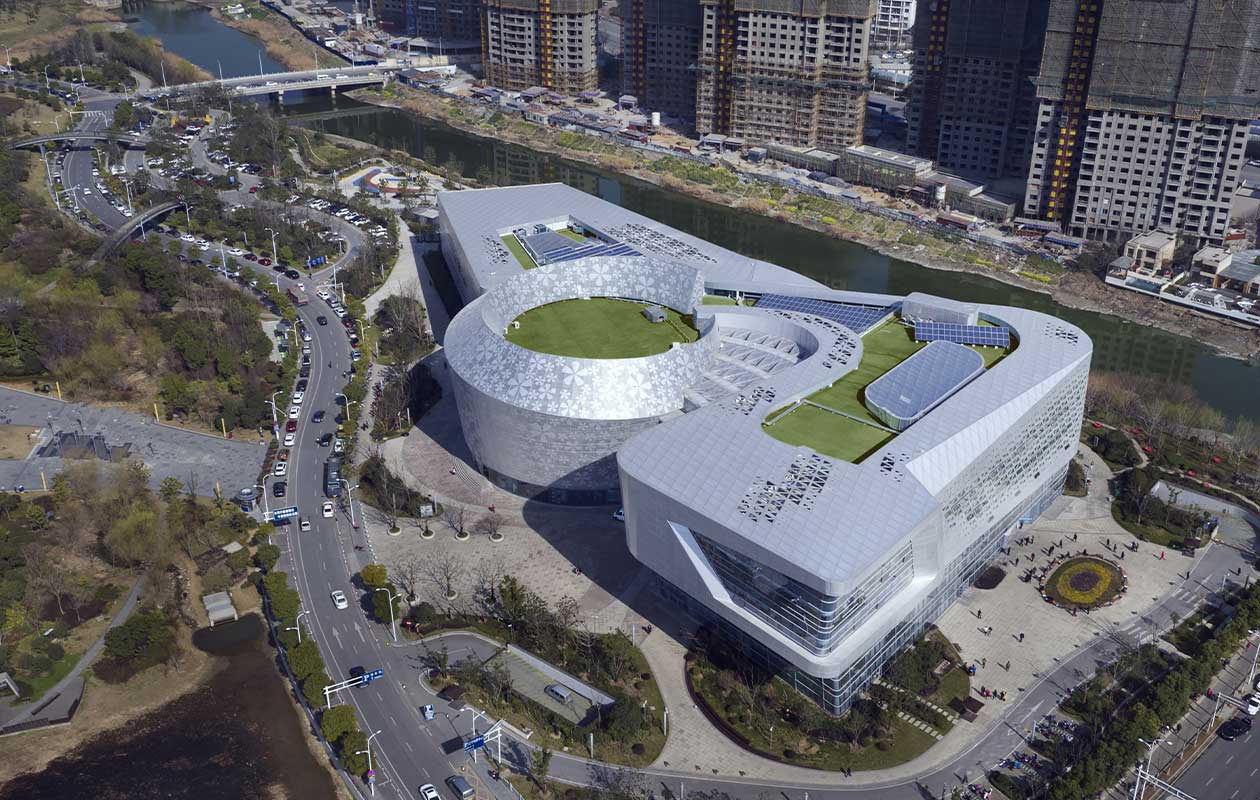 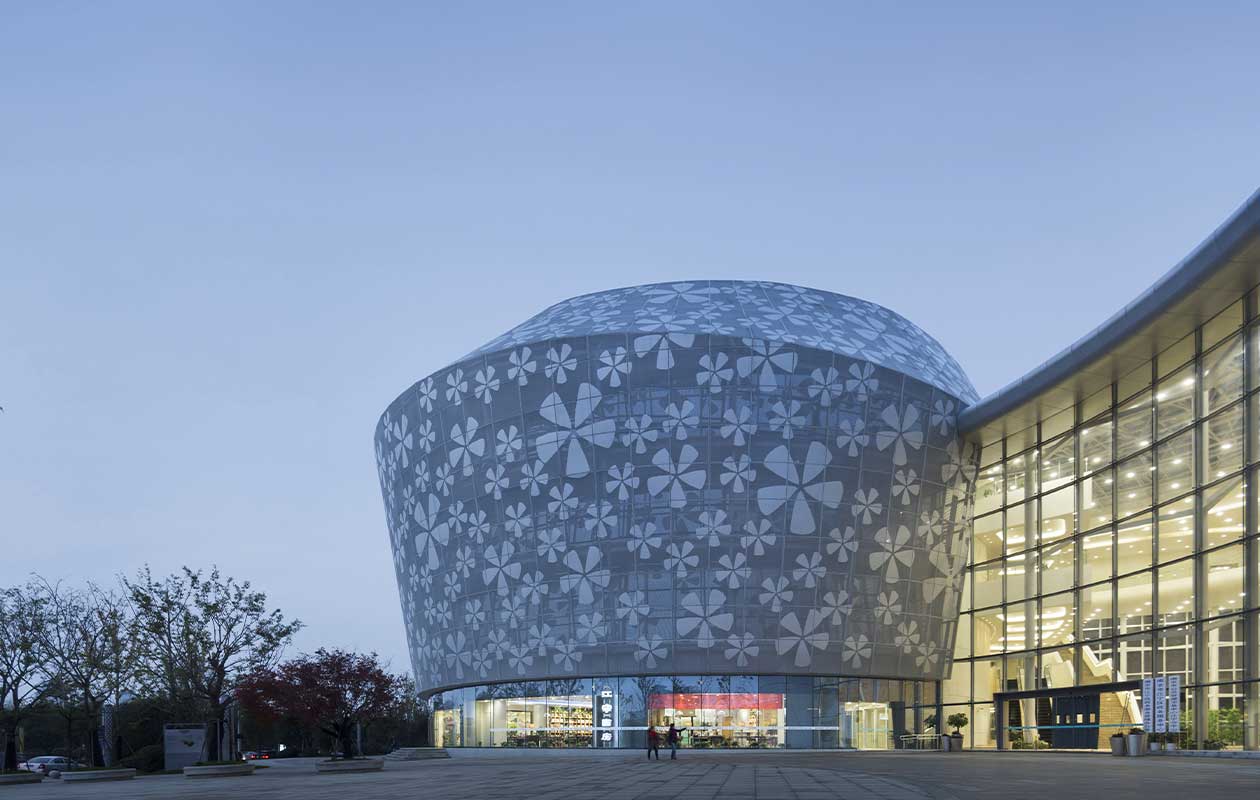 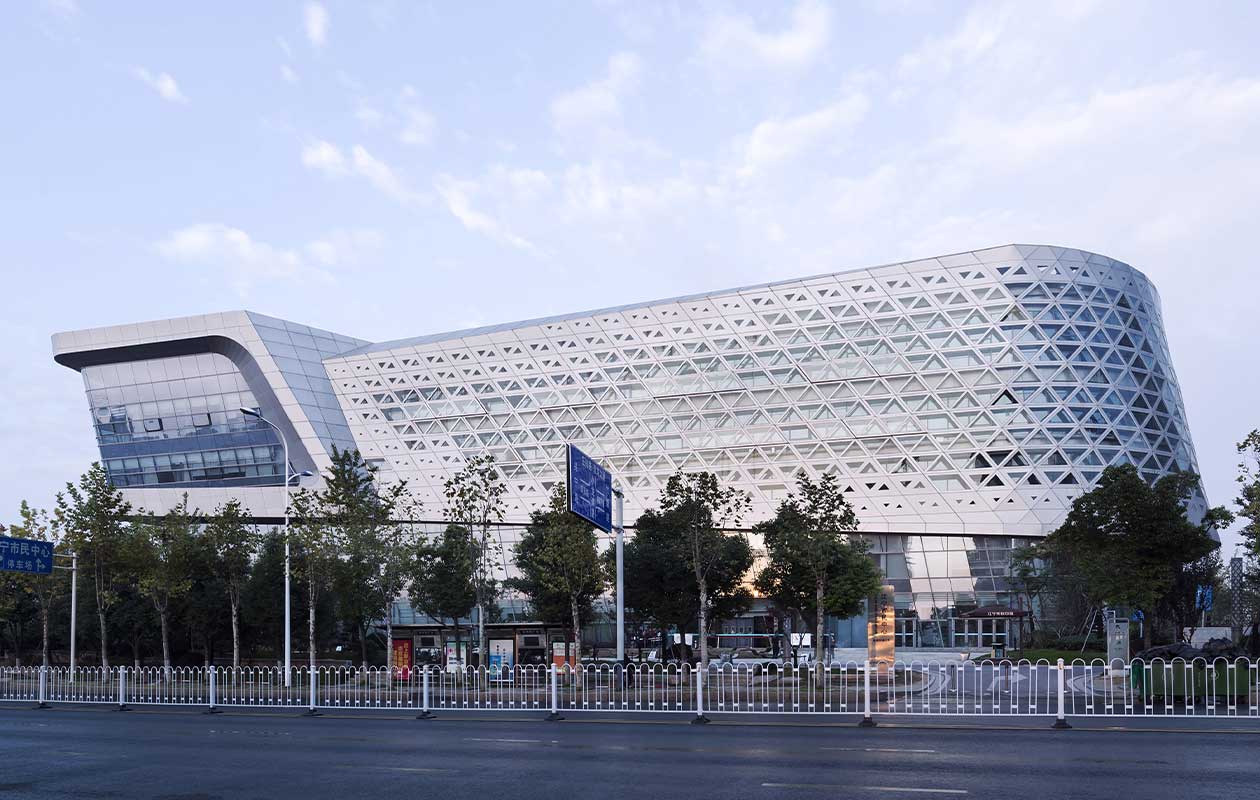 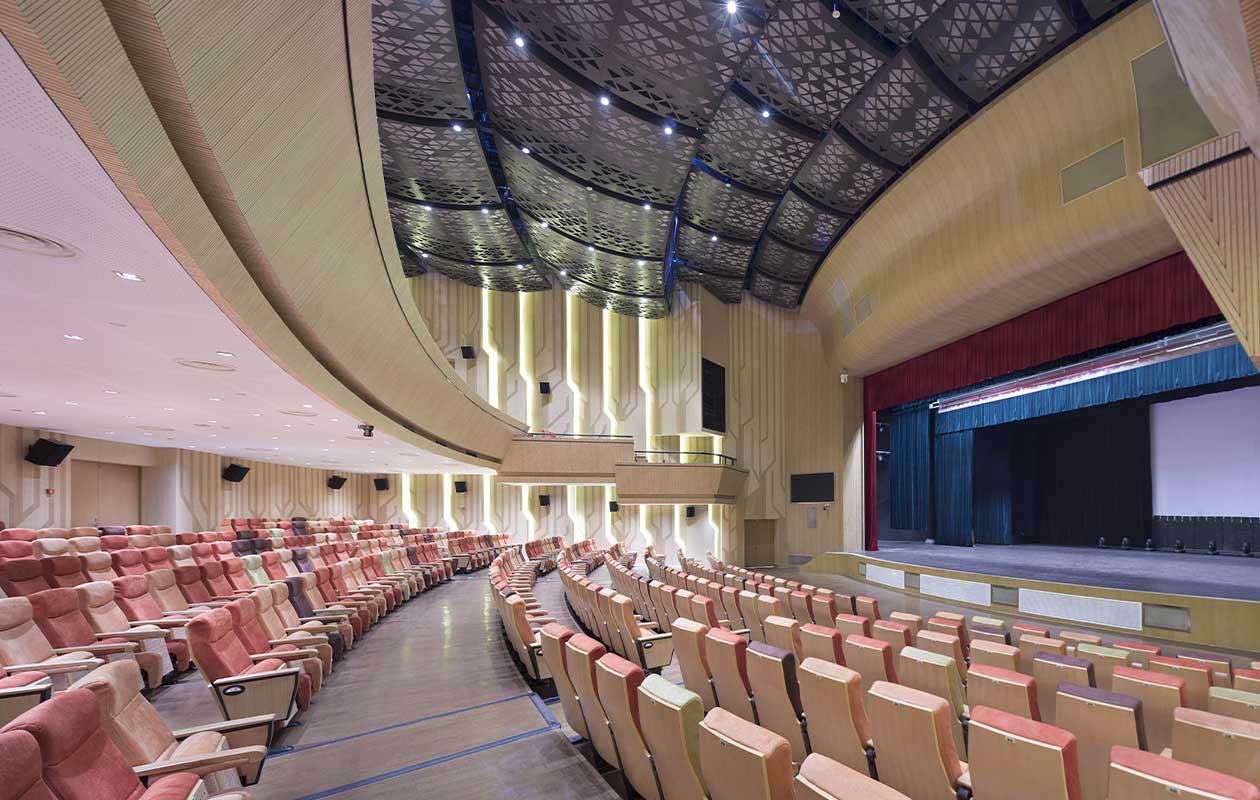 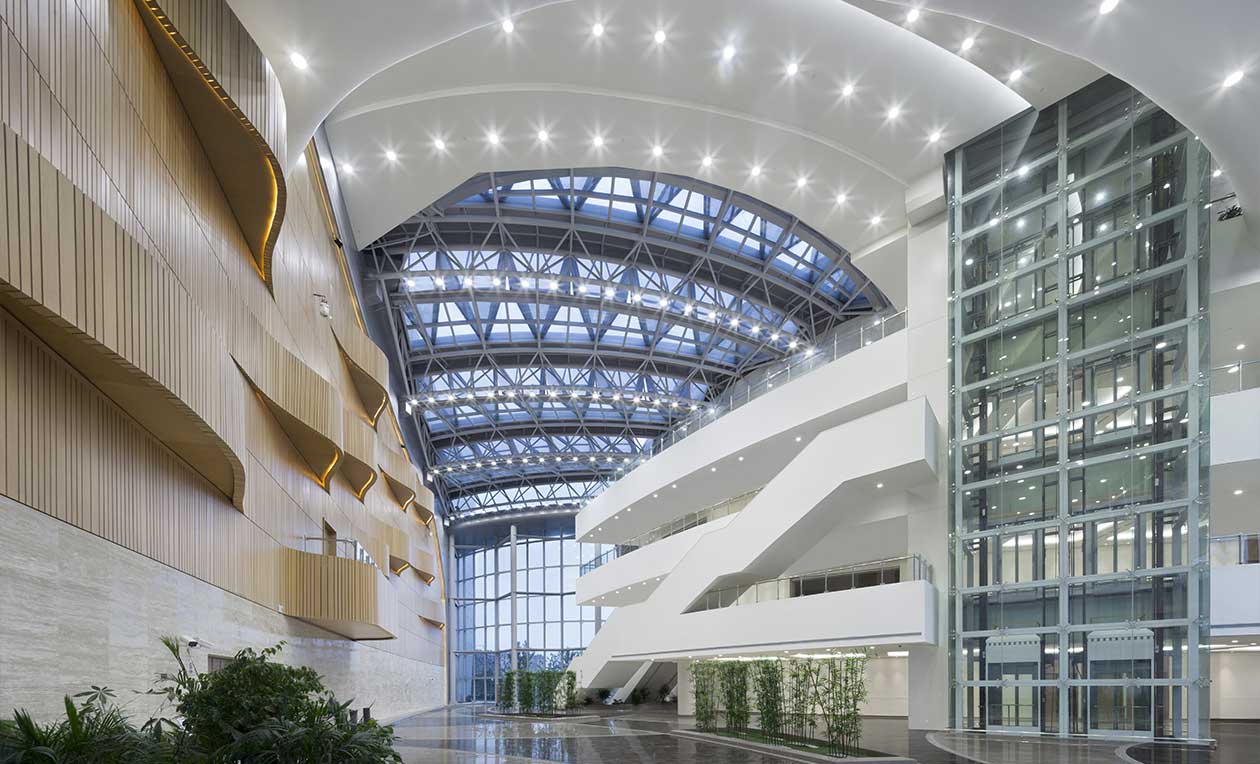 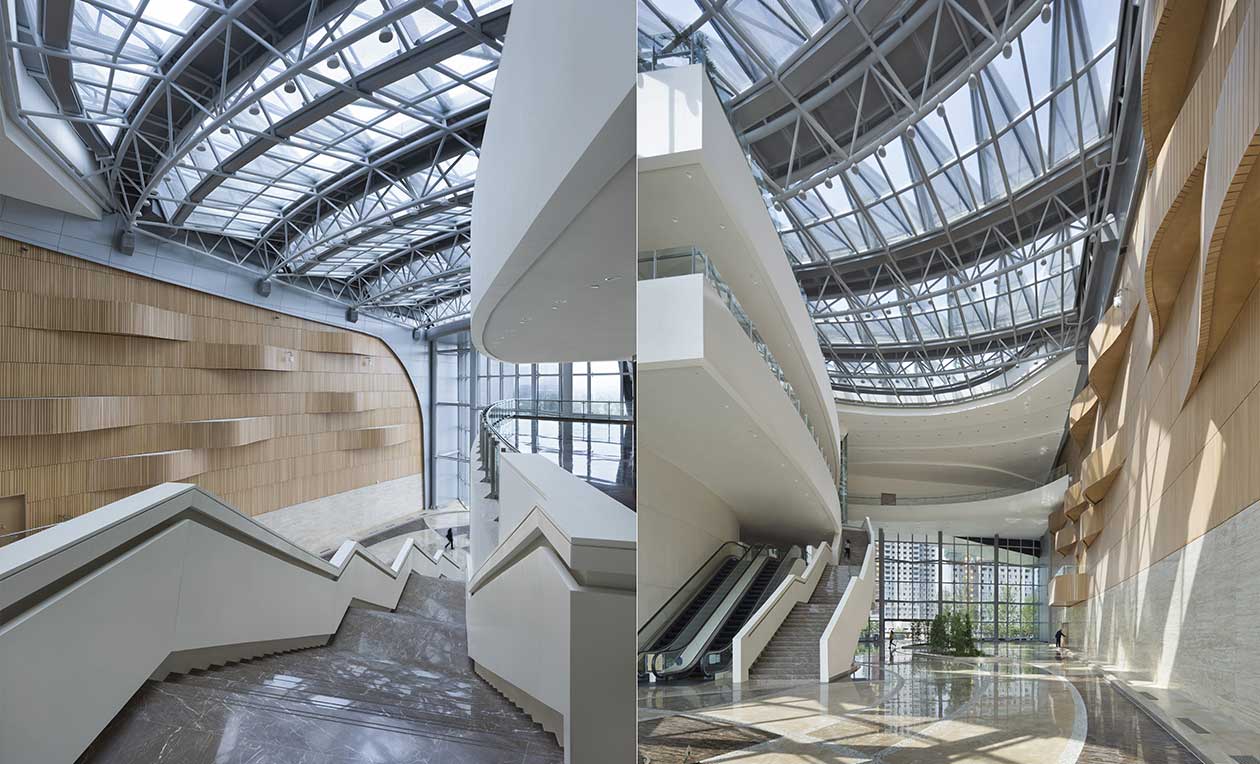 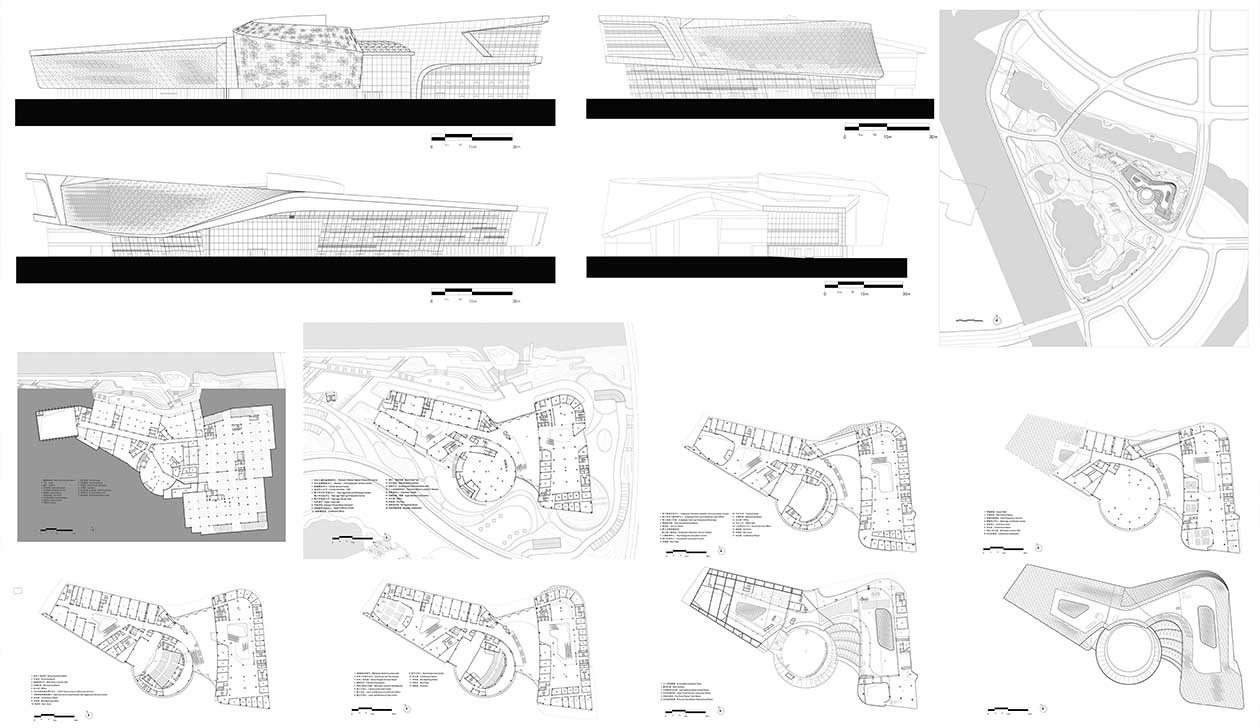