Alun-alun Kejaksan, a 1.2-hectare gathering square is located in the city of Cirebon in West Java next to the important At-Taqwa Mosque. Cirebon, being a former Sultanate has a rich history also due to its location as a coastal town with important harbor and therefore various cultures being influential.

On one side of Alun-alun an iconic Gapura was installed marking the entrance from the city and on the opposite side a five-pillar gate was installed marking the entrance from the At-Taqwa Mosque. Both opposing gates represent a dialogue between worldly and spiritual needs, emphasizing an open dialogue with the square in-between as a gathering place. Educational and play functions are accommodated in forms of a microlibrary and playground.

The microlibrary as a part of SHAU’s series of multi-programmatic reading spaces is made as a stepped platform which can be used as seating, while the rooftop is a viewing platform overlooking the alun-alun and enable people to obtain a different perspective and overview. The microlibrary fulfills SHAU’s and the city’s literacy agenda to bring up reading interest in a friendly setting.

By choosing brick as the main material for Alun-alun Kejaksan, it does not only refer to historical places in Cirebon but adheres to practical aspects like availability and stimulating the local economy employing local labor and a simple and more forgiving construction process. The material and formal references are also important to gain acceptance and sense of belonging from the citizens, as they are familiar with the design language even though it is done in a contemporary manner. 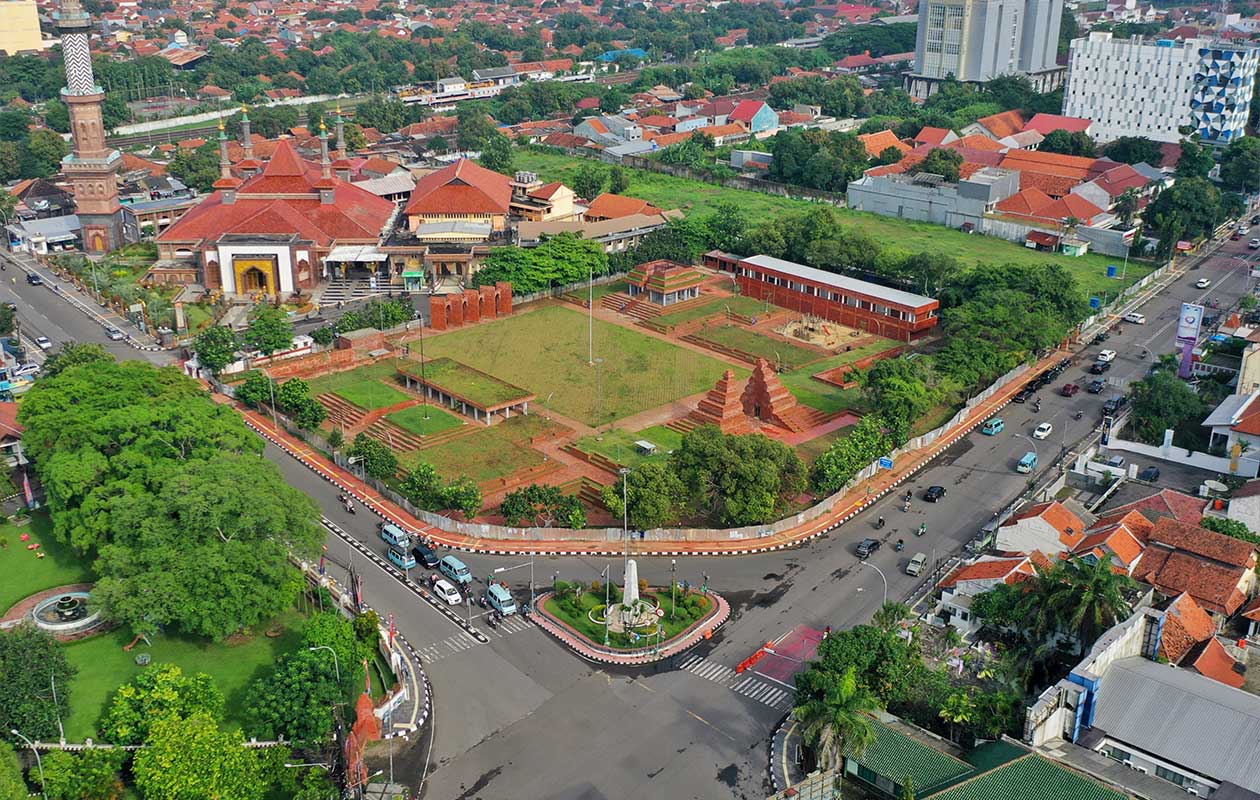 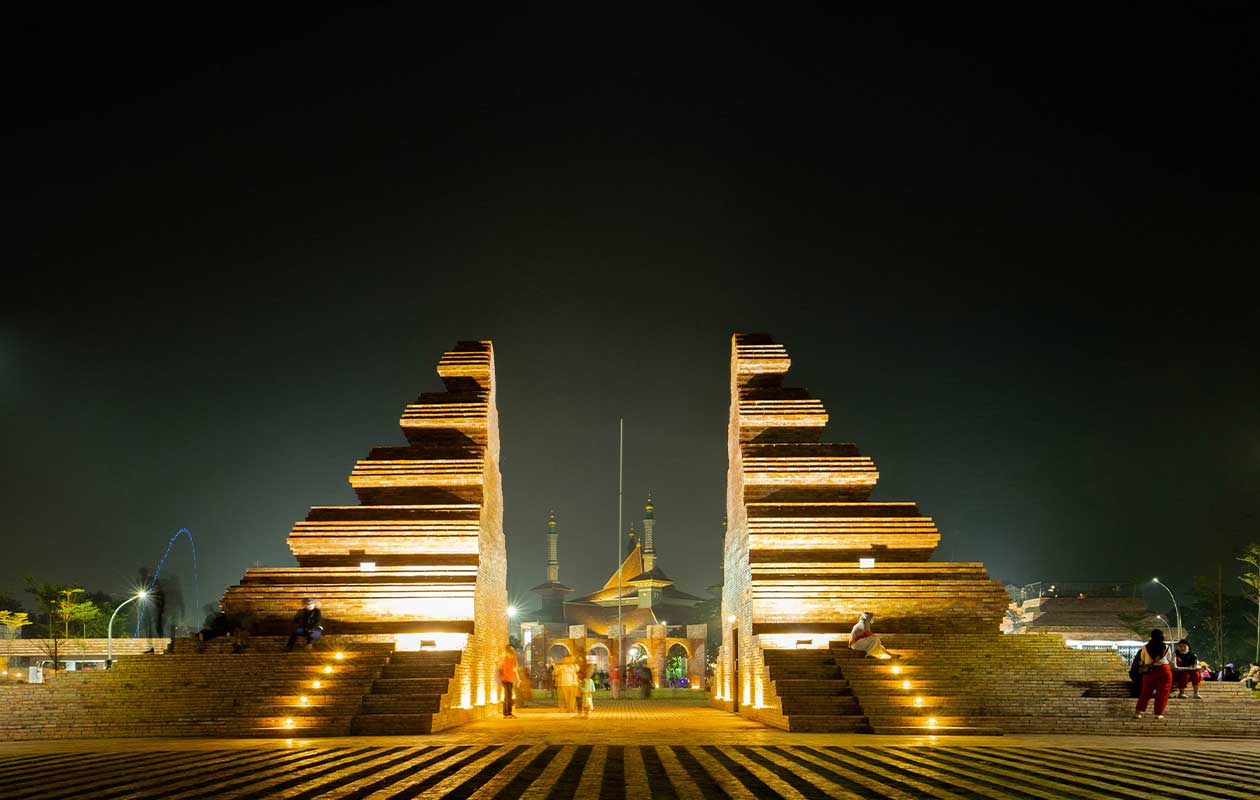 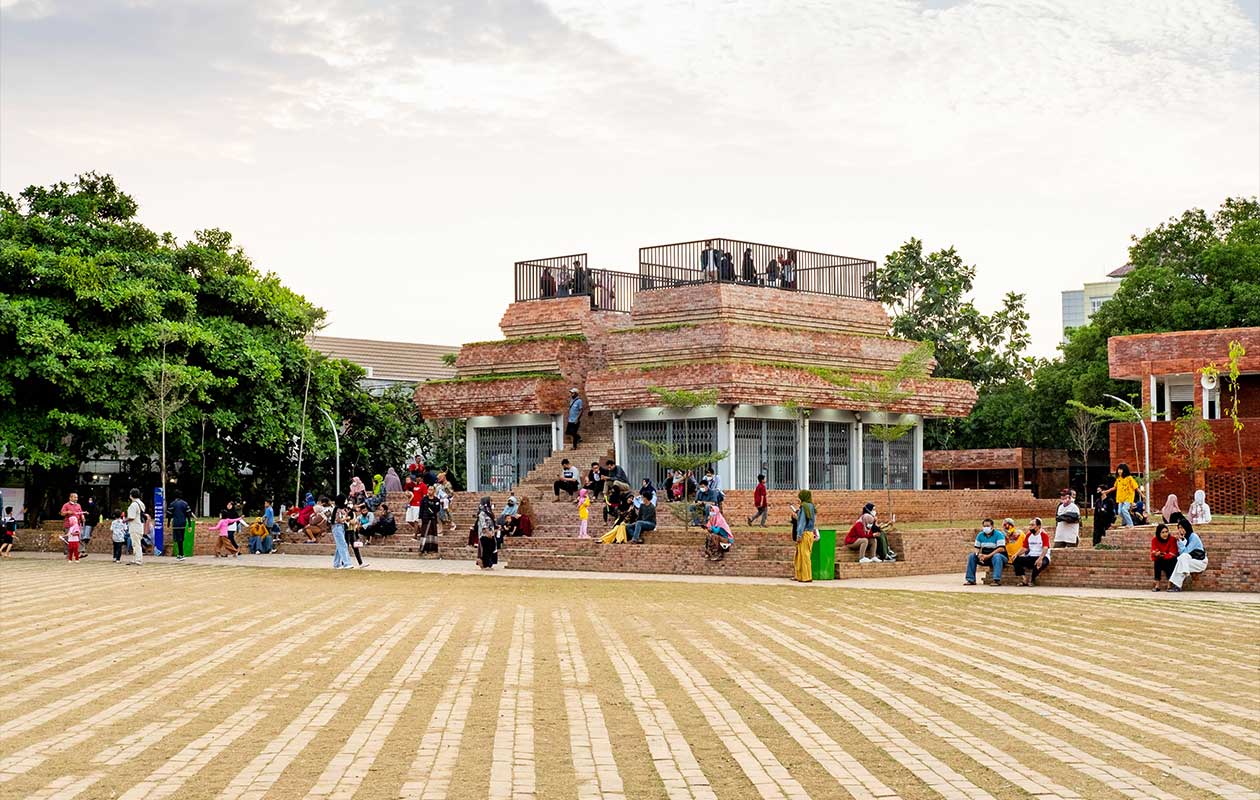 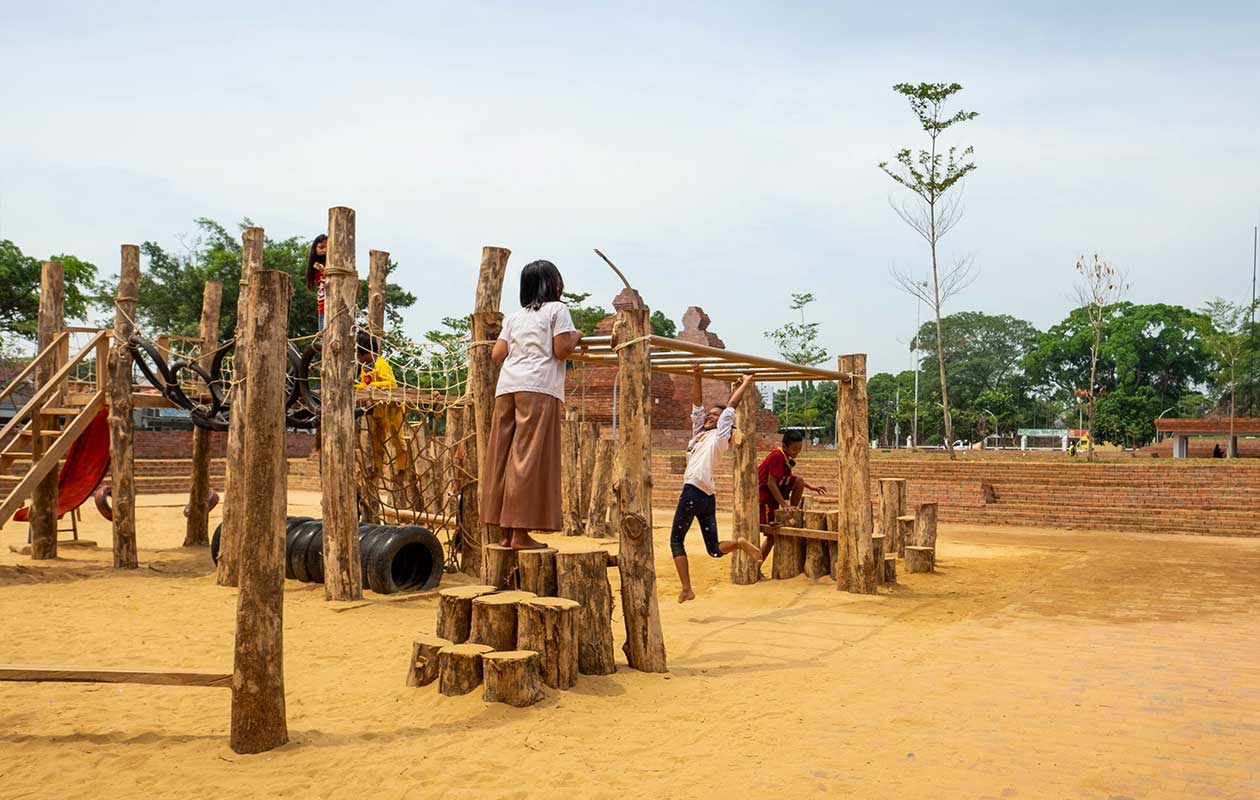 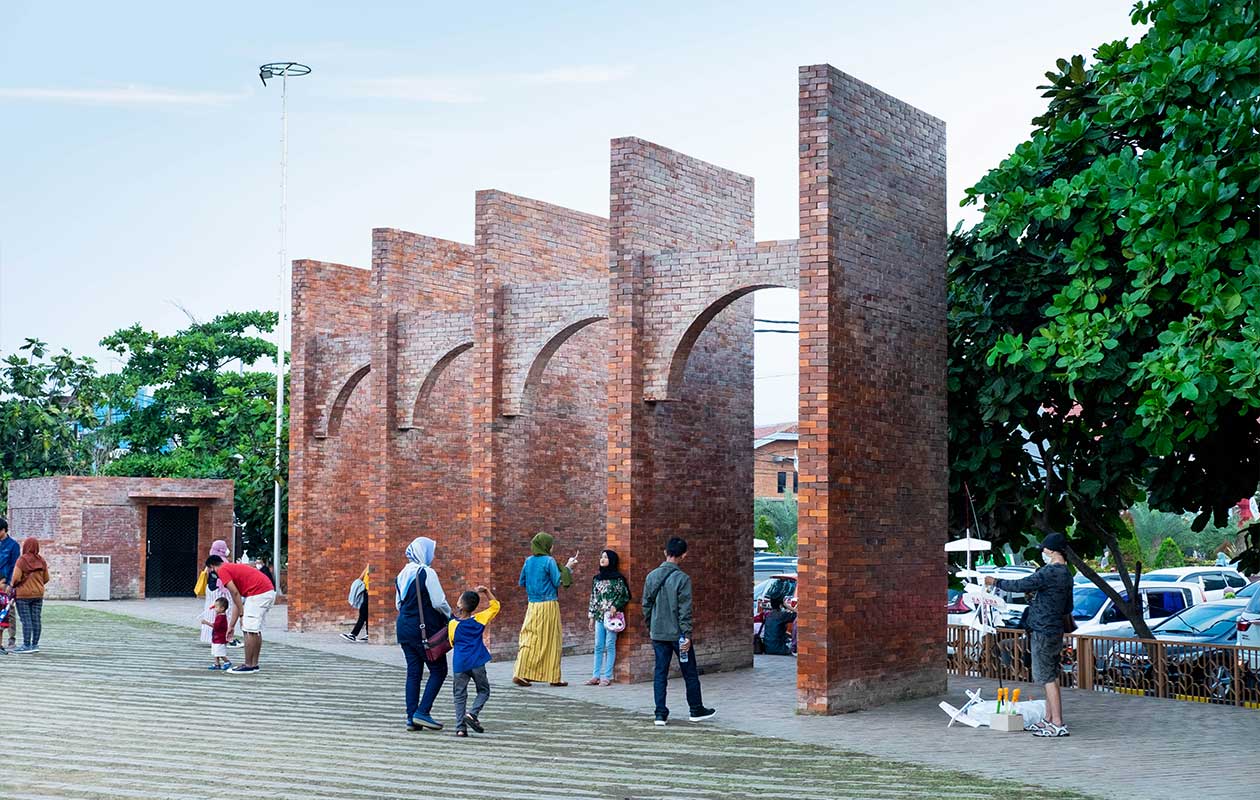 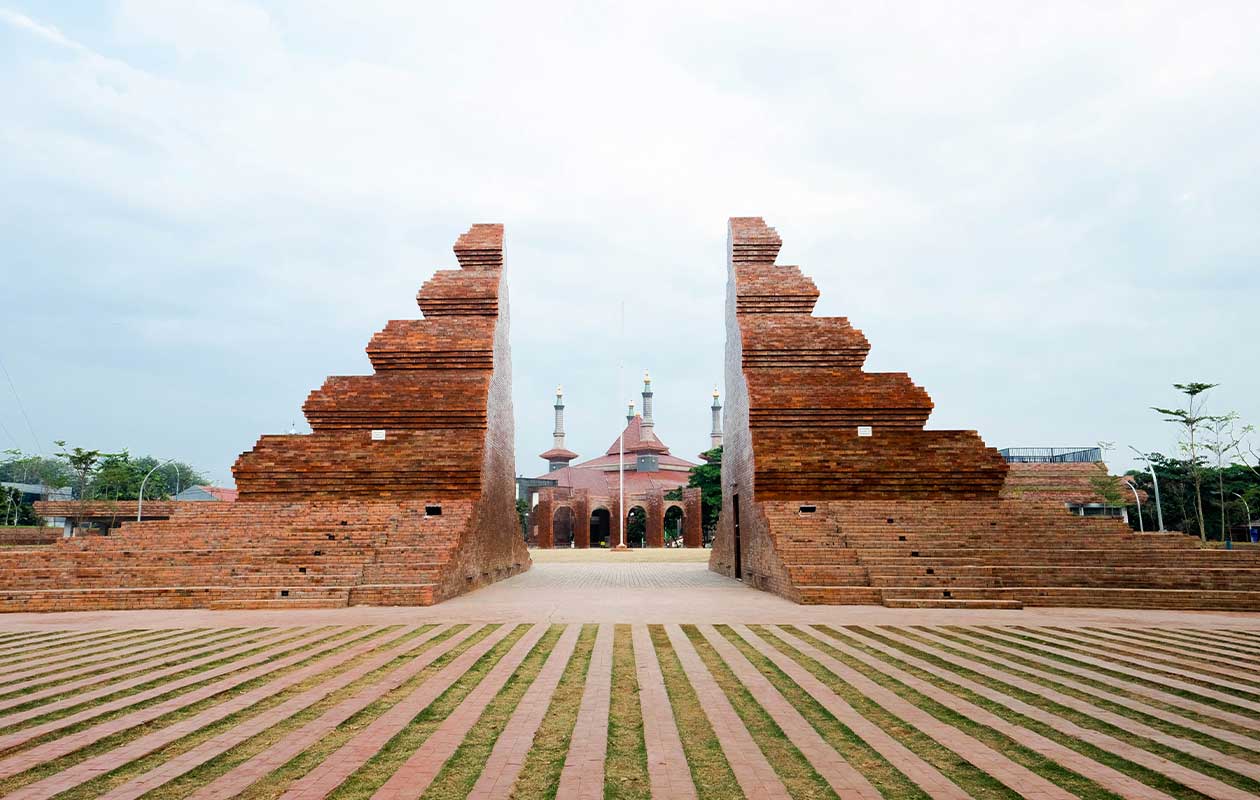 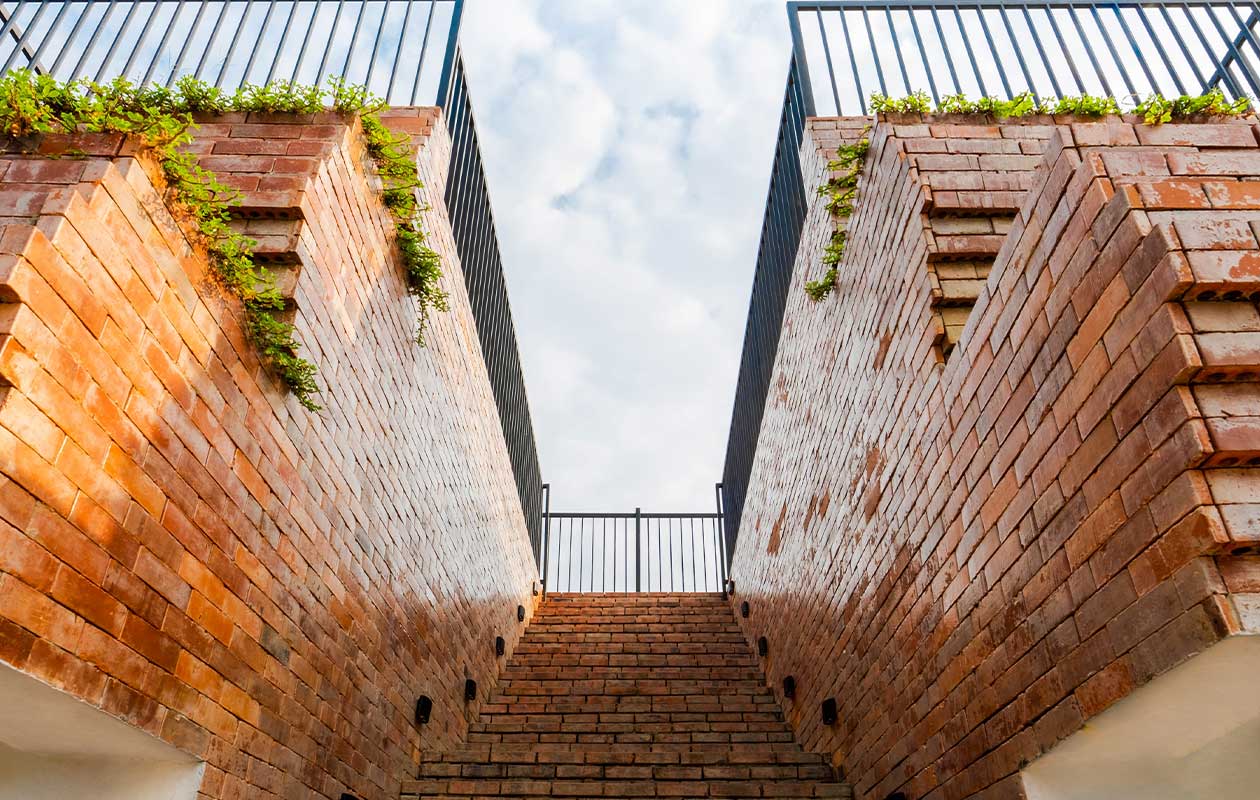 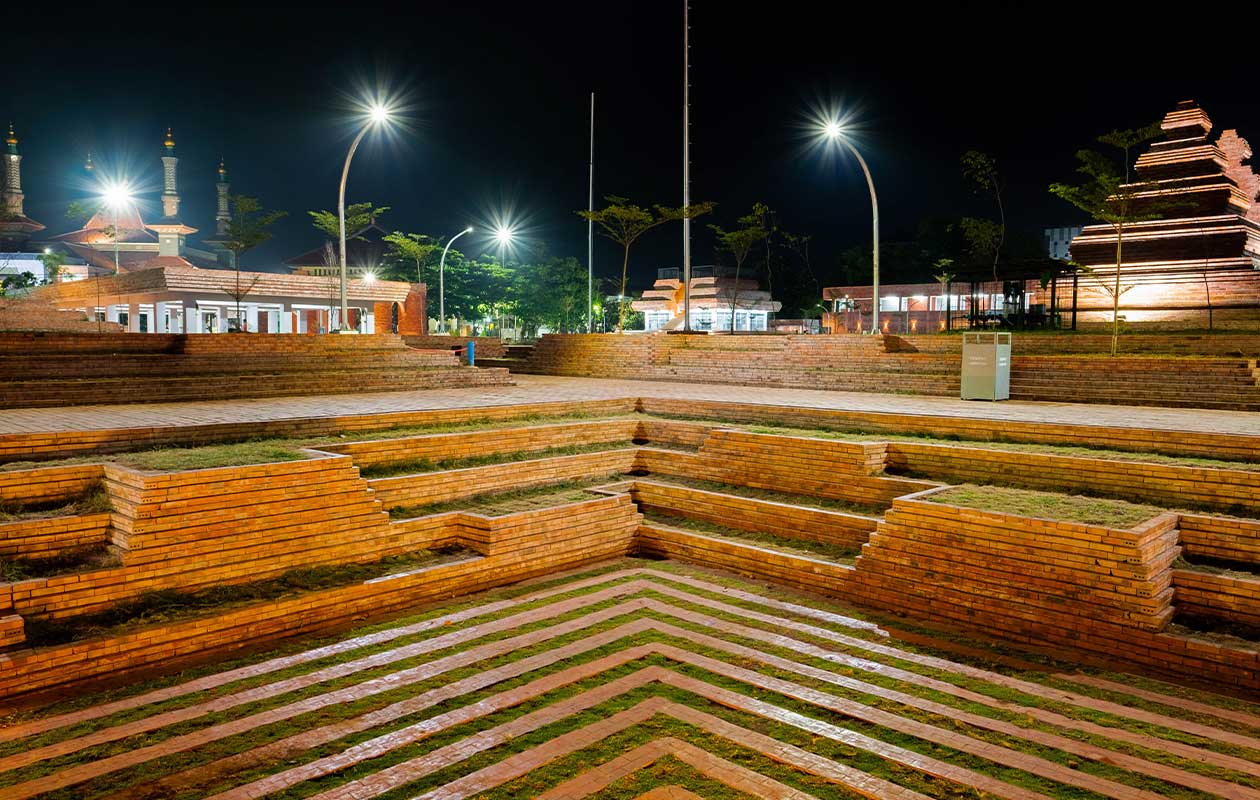 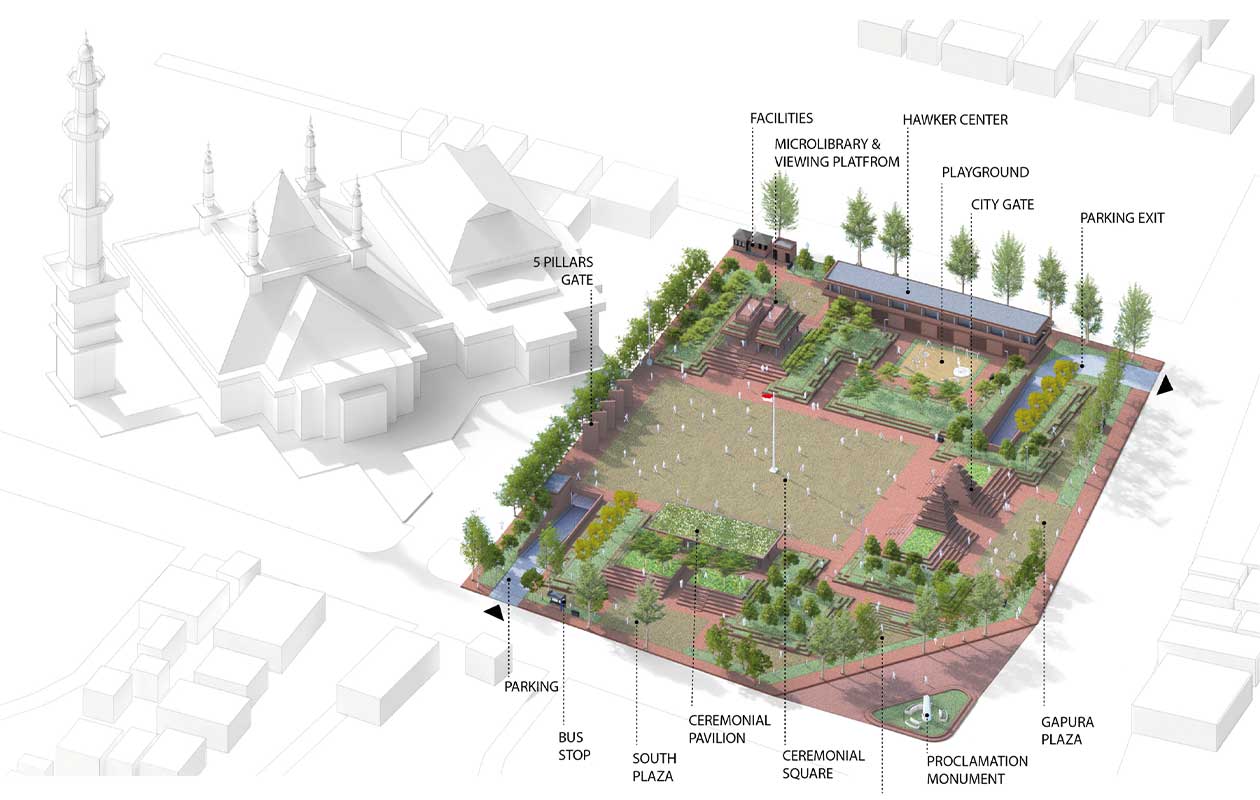