‘La moitié’ is a luxury retail-store located in a suburb of guangzhou in china. The project comprises a composite commercial space, which is owned by a couple. The first floor and mezzanine level are home to french restaurants, while the second floor is a designer clothing store. The name of the project originates from the French translation of ‘half’, and the design aptly reflects this by the balance that has been struck between opposing elements: square and circle, light and dark. Given the limited space, the team sought to establish both a connection and a division between the two separate retail areas through the application of two opposing colors. as a result, one half of the scheme incorporates a pink theme to create a classically soft, ‘feminine’ aesthetic. the other side is a grayish-black box, which presents a colder and more austere visual impression. While the boundary between the pink and black spaces is clear yet also blurred at different perspectives. A spiral staircase, half pink and half black, is positioned in the center of the store and provides a sculptural feature within the interior architecture. 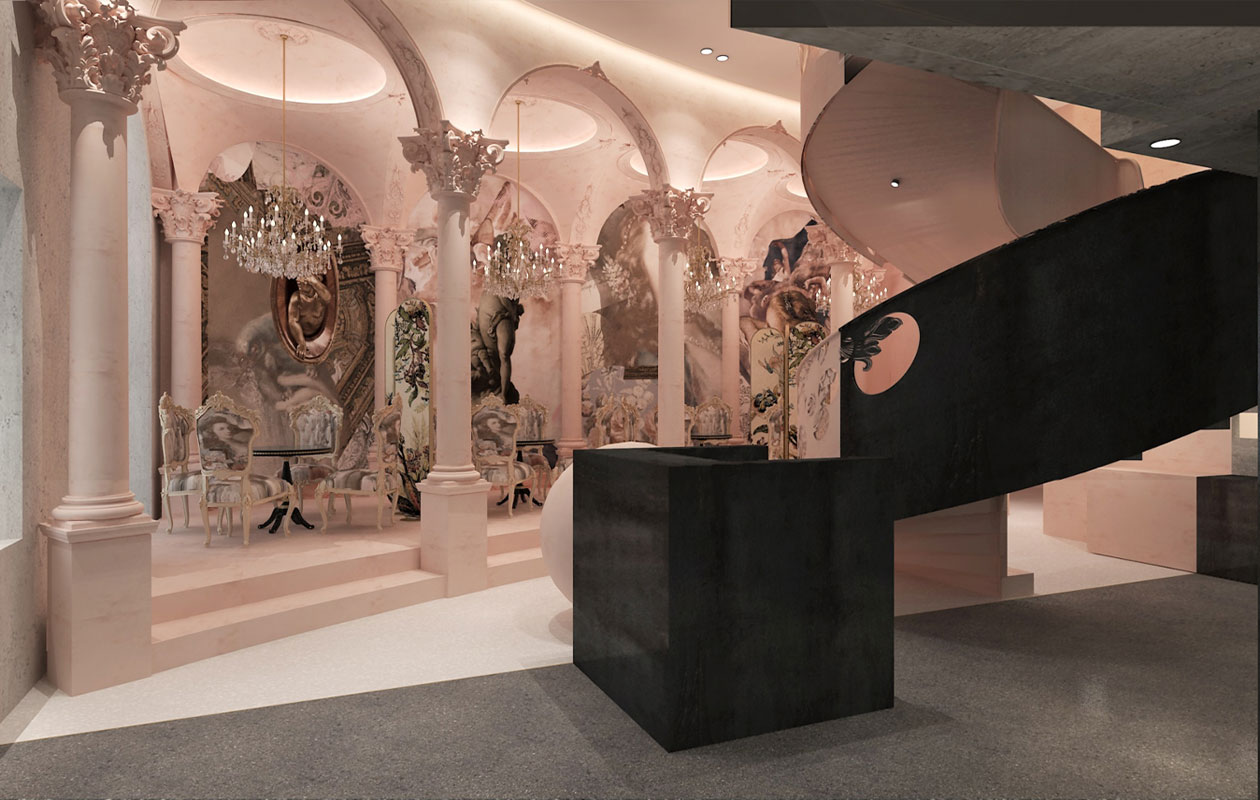 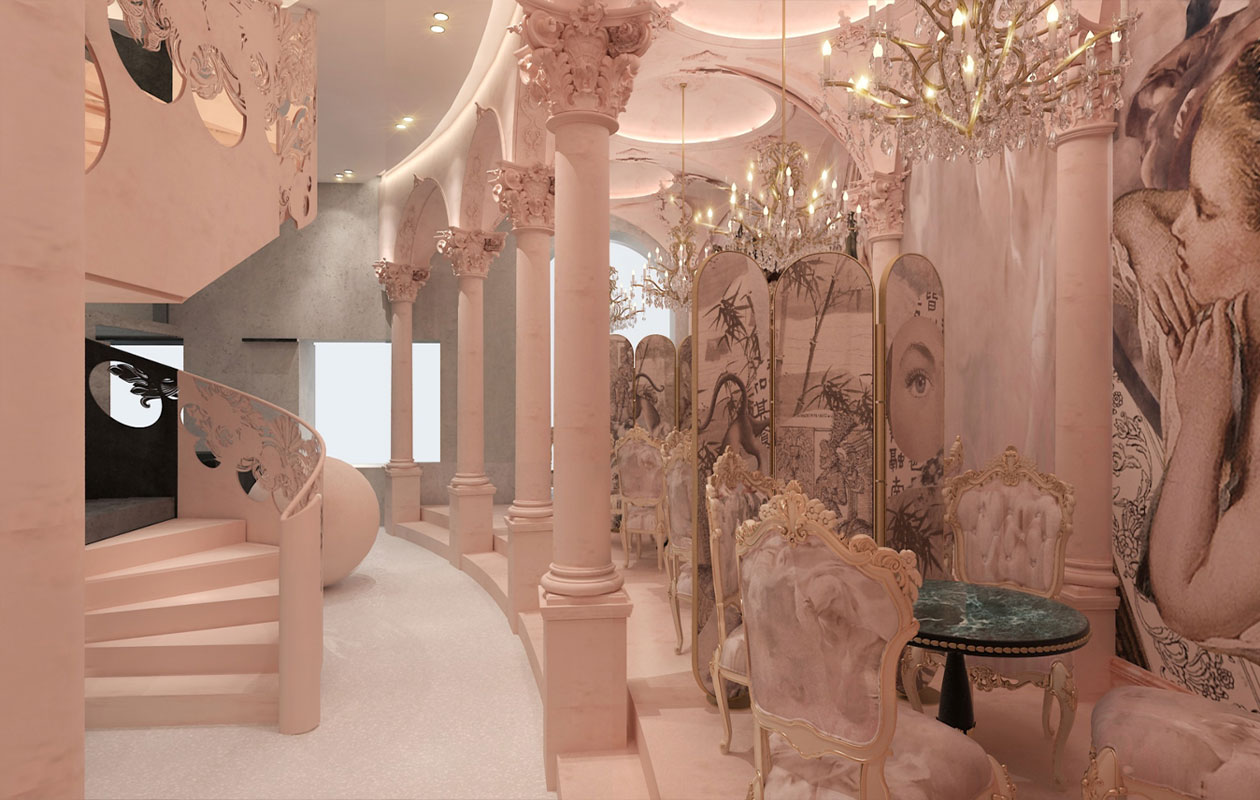 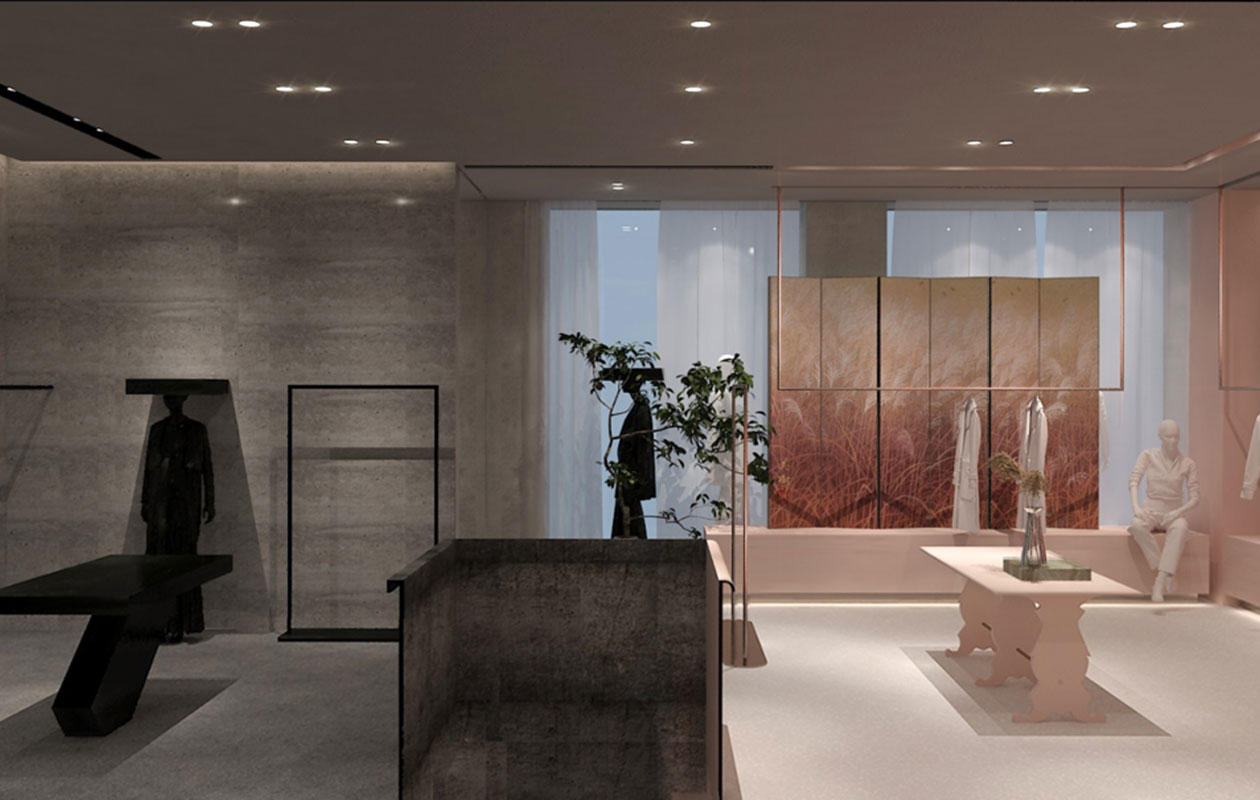 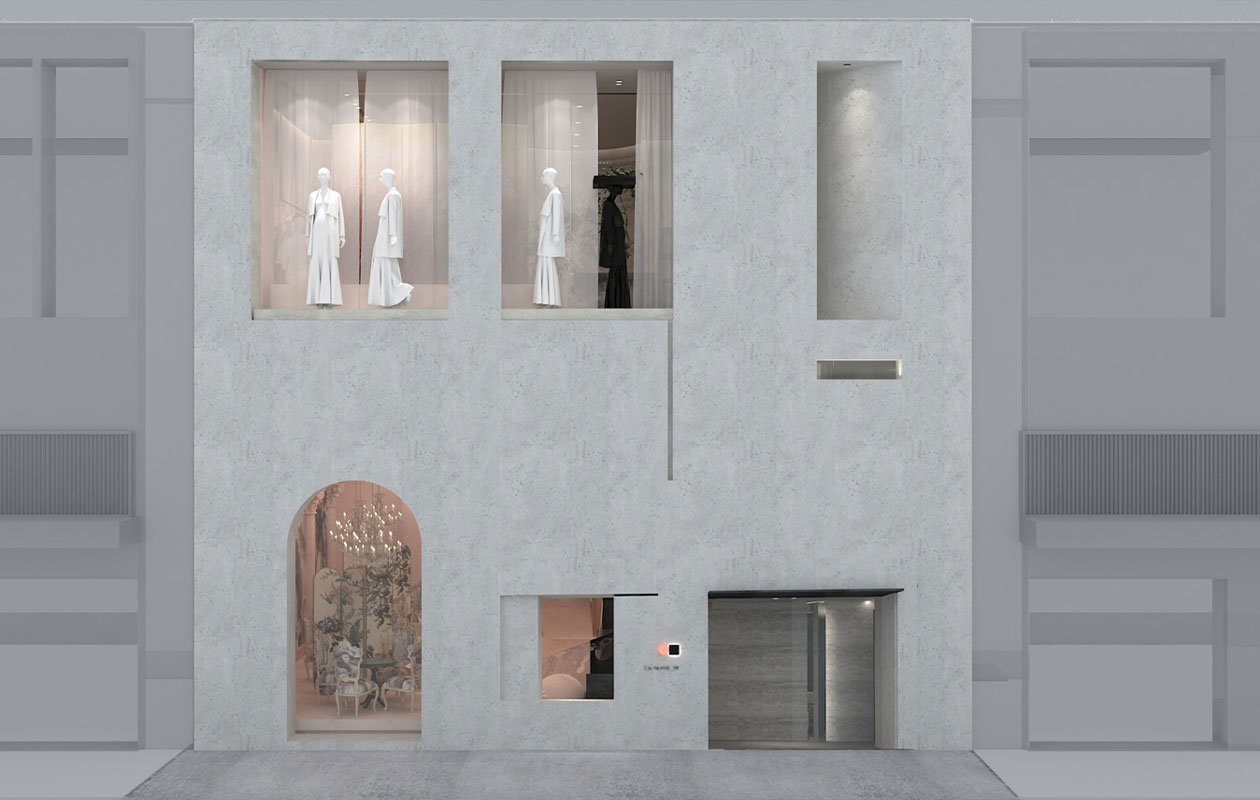